The genus Homo, to which all human beings belong, is believed to have evolved from Australopithecus around 2–3 million years ago. Lucy, the Australopithecus afarensis ape, whose skeleton was pieced together from several hundred pieces of bone fossils, is the best known example of this genus. A gene duplication event that happened around 3.4 million years ago might have provided Lucy and her descendants with a boost to their brainpower. 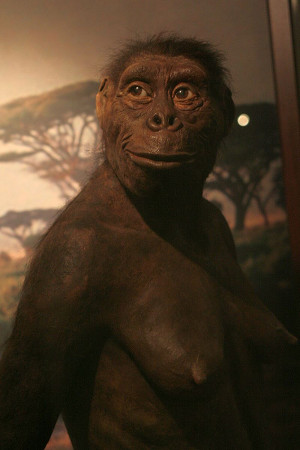 This duplicated gene is known as SRGAP2 (Slit-Robo RhoGTPase-activating protein 2) [1]. The ancestral SRGAP2A protein (often referred to as SRGAP2) is a RhoGTPase regulator involved in neuronal differentiation and neurite outgrowth [2]. The gene duplication created a truncated paralogue, SRGAP2B, which was itself duplicated around 1 million years later (~2.4 million years ago) to create a ‘granddaughter’ paralogue, known as SRGAP2C (Figure 2). This paralogue is believed to be important for the expansion of the neocortex when the transition from Australopithecus to Homo took place [3]. 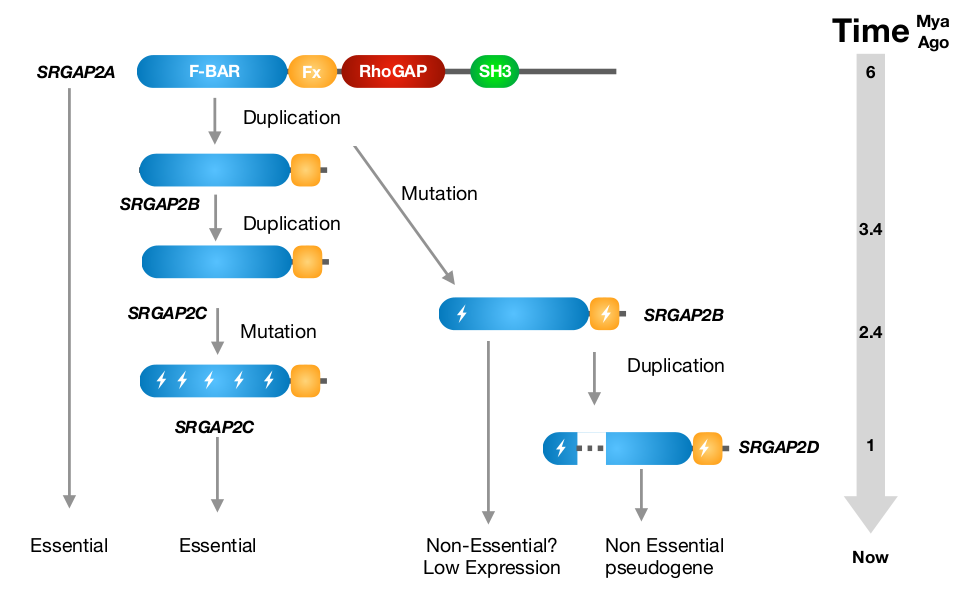 SRGAP2A contains a F-BAR, a RhoGAP and a SH3 domain. It forms homodimers through its F-BAR domain (Figure 3), which promotes spine maturation and limits spine density in the neocortex [4]. SRGAP2C lacks the RhoGAP and the SH3 domain, but retains part of the F-BAR domain. The F-BAR domain of SRGAP2C can form heterodimers with SRGAP2A. This prevents SRGAP2A from forming homodimers, and consequently inhibits its function. From a study conducted in mice, it appears that expression of SFGAP2C causes sustained radial migration in the neocortex and leads to the emergence of human-specific features, including neoteny (delaying of development) during spine maturation and increased density of longer spines [4]. The antagonism of SRGAP2A by SRGAP2C may therefore play an important role during human brain development [3]. 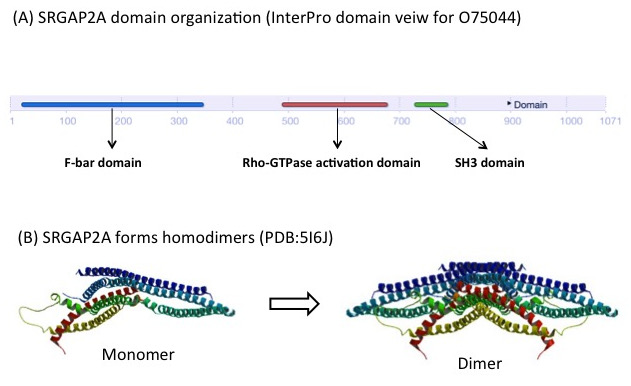 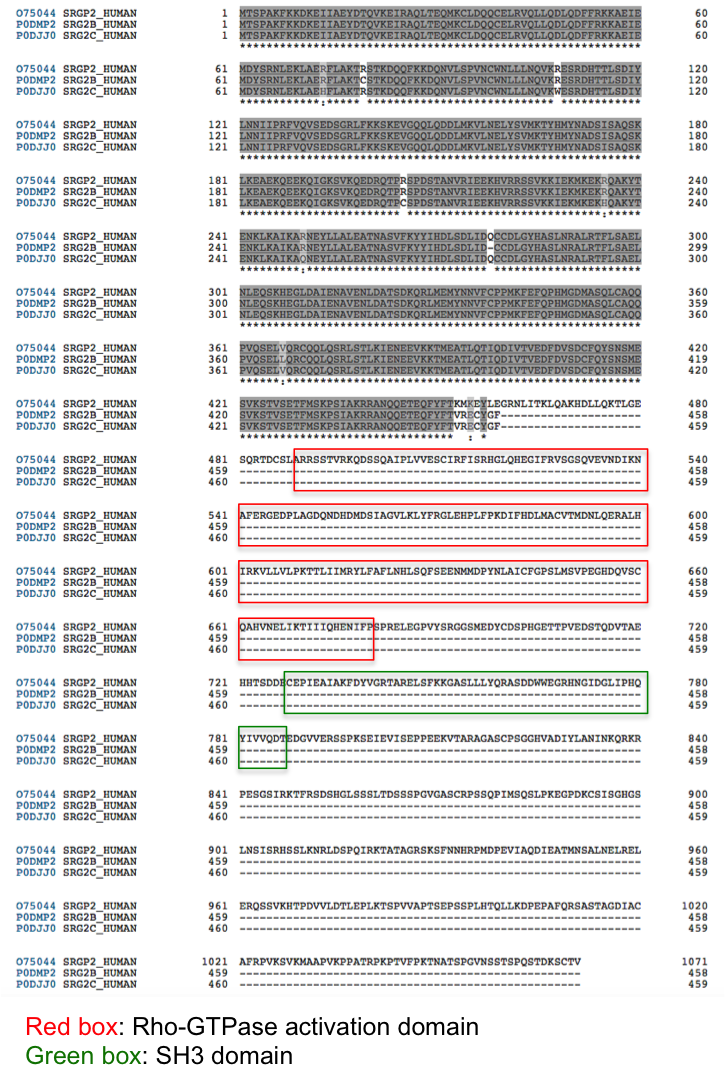 In evolution, gene duplication is an important mechanism for generating novel functionality in organisms [5]. So it is no surprise that SRGAP2 is not the only case where gene duplication has created a new functional gene that has had a great impact on evolution. Another example is the ARHGAP11B gene that arose from the partial duplication of ARHGAP11A after the hominin lineage split from genus Pan (Figure 6). ARHGAP11B has also been linked to the expansion of the human neocortex [3]. 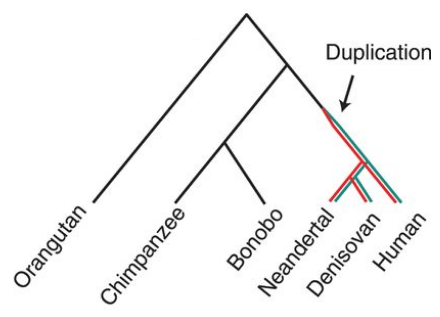 Due to their high sequence identity, many human gene duplications are difficult to disentangle during genome assembly and hence are still unverified. Nevertheless, there might be more genes like SRGAP2C and ARHGAP11B in the human genome to be discovered. For InterPro, these newly identified paralogues will complicate how we annotate protein family functions and assign GO (Gene Ontology) terms, as truncated proteins may have different (or even inhibitory) effects to full length family members. Regular reviews and updates of our database/entries will be the key to annotation of these paralogues.