You may have heard about toxoplasmosis, or read about it in a newspaper or magazine. Toxoplasmosis is a condition caused by the protozoan Toxoplasma gondii, an intracellular parasite that infects a wide variety of warm-blooded animals, including humans. T. gondii has attracted the attention of both the scientific and lay communities, and with good reason. It is one of the most successful parasites, infecting over one third of the human population, with rates varying depending upon geographical location [1].

Acute toxoplasmosis usually only poses a risk for immunocompromised individuals or pregnant women. However, residual parasites persist lifelong after the acute phase. Though this latent form of the infection was thought to be asymptomatic, a growing body of evidence suggests that this is not the case [2]. And the long term effects of infection with T. gondii seem related to the most fascinating aspect of this parasite: its ability to modify host behaviour.

Members of the cat family (Felidae) are the only definitive hosts of T. gondii within which the parasite undergoes sexual reproduction. This culminates with the production of oocysts that are shed in the cat’s faeces. Within intermediate hosts (cat’s natural prey, such as rodents and birds) and other incidental intermediate hosts (such as humans and domestic livestock), the parasite undergoes asexual reproduction, producing bradyzoites that can encyst in the brain and other tissues, where they remain potentially for the host’s lifetime [3]. Infection can occur following ingestion of oocysts via contaminated soil or water, or ingestion of tissue cysts through raw/undercooked infected meat.

Fig 1. Life-cycle of the parasite Toxoplasma gondii. Sexual reproduction can only be accomplished in felines, and results in the production of sporozoites-containing oocysts that are shed for a limited period. Within intermediate hosts, the parasite undergoes asexual reproduction, producing rapidly dividing tachyzoites - cleared by the immune system - and slowly dividing bradyzoites that can persist as tissue cysts. (Figure by Sebastien Pesseat)

Given that sexual reproduction of T. gondii can be accomplished only in felines, the parasite needs to secure eventual transmission from its intermediate host reservoir, primarily rodents, to its feline definitive host. T. gondii deals with this by manipulating the intermediate host’s behaviour. Toxoplasma infection draws rats to cat odours, increasing activity in limbic regions related to sexual attraction when exposed to cat urine, turning what should be a fear response into a ‘fatal feline attraction [4]’. The intriguing question is: how does the parasite manage to alter the host behaviour?

One line of evidence suggests that the parasite alters neurotransmitter signals in the brain through increased dopamine levels, supported by studies showing that parasite-induced behavioural changes can be disrupted with dopamine antagonists [5,6]. The genome of T. gondii contains two genes encoding an enzyme capable of producing L-DOPA (3,4-dihydroxy-L-phenylalanine), the precursor to dopamine [7]. One of the genes, TgAaaH1, is constitutively expressed, whilst the other gene, TgAaaH2, is induced during the cyst stages. They encode dual activity amino acid hydrolases, bi-functional enzymes that catabolyse both the amino acids phenylalanine and tyrosine. Thus, they can generate tyrosine from phenylalanine and then use tyrosine to produce L-DOPA. These steps are catalysed in Metazoa by phenylalanine hydroxylase and tyrosine hydroxylase, respectively. 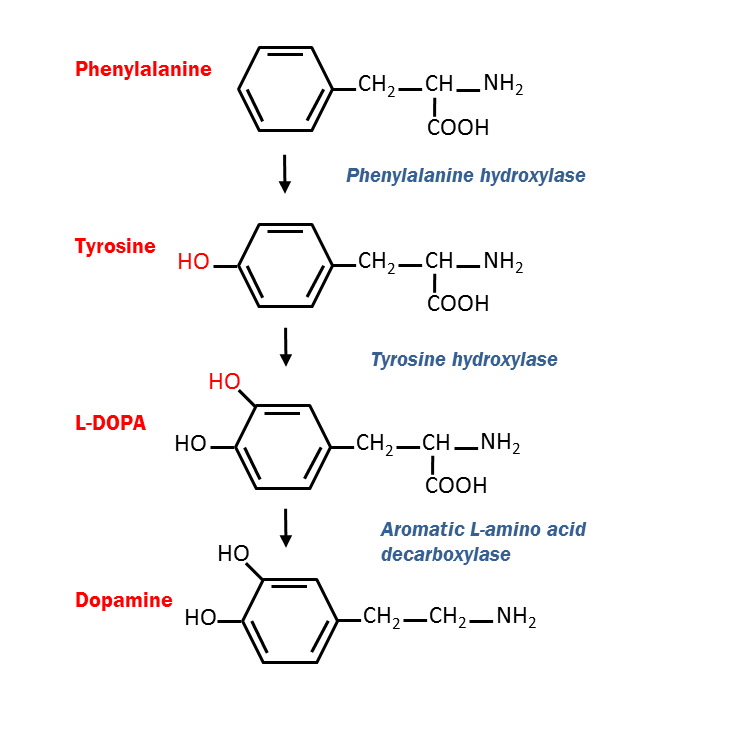 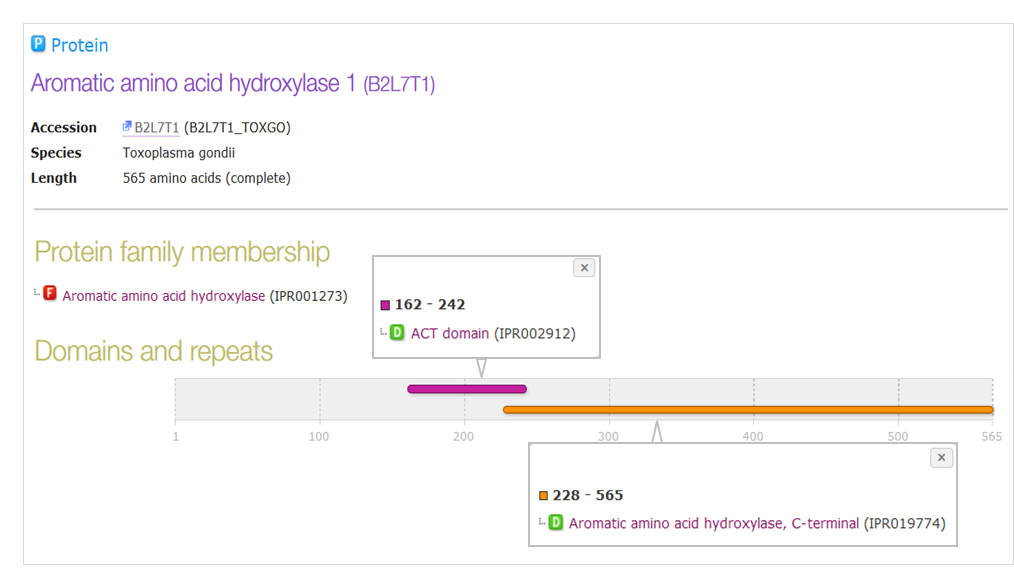 But if T. gondii can alter the behaviour of cats’ natural prey, what happens when secondary hosts like humans are infected? Altering host behaviour in ‘inappropriate’ hosts seems to be an unnecessary but unavoidable consequence of the parasite’s strategy [8]. Indeed, studies have revealed a range of subtle behavioural alterations associated with T. gondii infection in humans, many of which may be comparable to those observed in infected rodents – such as increased activity and decreased reaction times. Studies indicate that some of these changes can be sex-specific, as infection has been reported to increase testosterone levels in men, but decrease its levels in women. Consequently, infected men have tendency to disregard rules and are more suspicious and jealous. In women, the shift in these two factors is opposite; they are more warm-hearted, extrovert and easy-going [9]. More worrying is the link that may exist between infection and psychiatric conditions, such as schizophrenia, in some individuals. This association is supported by several observations, starting with the prevalence of toxoplasmosis in schizophrenic patients [10]. Furthermore, antipsychotic drugs, known to be effective in schizophrenia, also inhibit T. gondii [11]. Meanwhile, raised or disrupted dopamine levels have been reported in both rodent and human T. gondii infection and within human patients with schizophrenia [12,13].

And when you think it cannot get more bizarre, well, it does. Some studies show Toxoplasma’s modification of behaviour persists even after all parasites and cysts have been cleared [14]. This would contradict the cyst-centric theories, which explain the modification of host behaviour as a result of the parasite’s cysts actively modulating dopamine production or affecting neuronal activity [15]. According to a recent study, an explanation for the persistence of the effects induced by the parasite could reside in its ability to induce epigenetic changes in the host. A change in the methylation state of the arginine vasopressin promoter has been observed in infected animals, resulting in increased expression of this hormone, and affecting a testosterone-responsive area of the brain known for its role in male sexual behaviour [16]. If T. gondii is capable on inducing epigenetic changes, we should consider whether other parasites and pathogens may use similar strategies.

This brings us to an existential question where philosophy and science meet: what is free will if our behaviour can be manipulated? Perhaps, as the philosopher Jose Ortega y Gasset said, we are us and our circumstances. So don’t worry about what might have been. As a future precaution, remember that most people get infected through ingestion or contact with undercooked meat, so make sure that you wash your hands and utensils after handling raw meat. And don’t blame the cat for your behaviour! 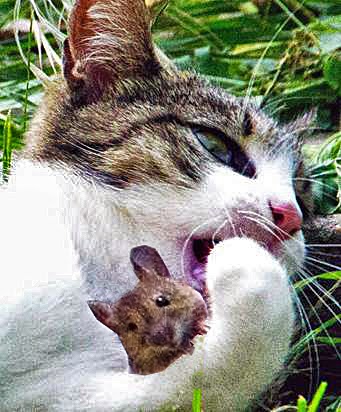 Friend or dinner? (Picture from MorgueFile.com, modified by Hsin-Yu Chang)