You have probably been as horrified and saddened as me to see the shocking abnormality that affects newborn babies whose mothers have been infected with the Zika virus.

The skulls and brains of the babies have not grown properly, and the babies appear to have small heads, a condition known as “microcephaly”. The standard definition is that the circumference of the head is two (or three) standard deviations below average for age and sex [1,2] (Fig. 1). 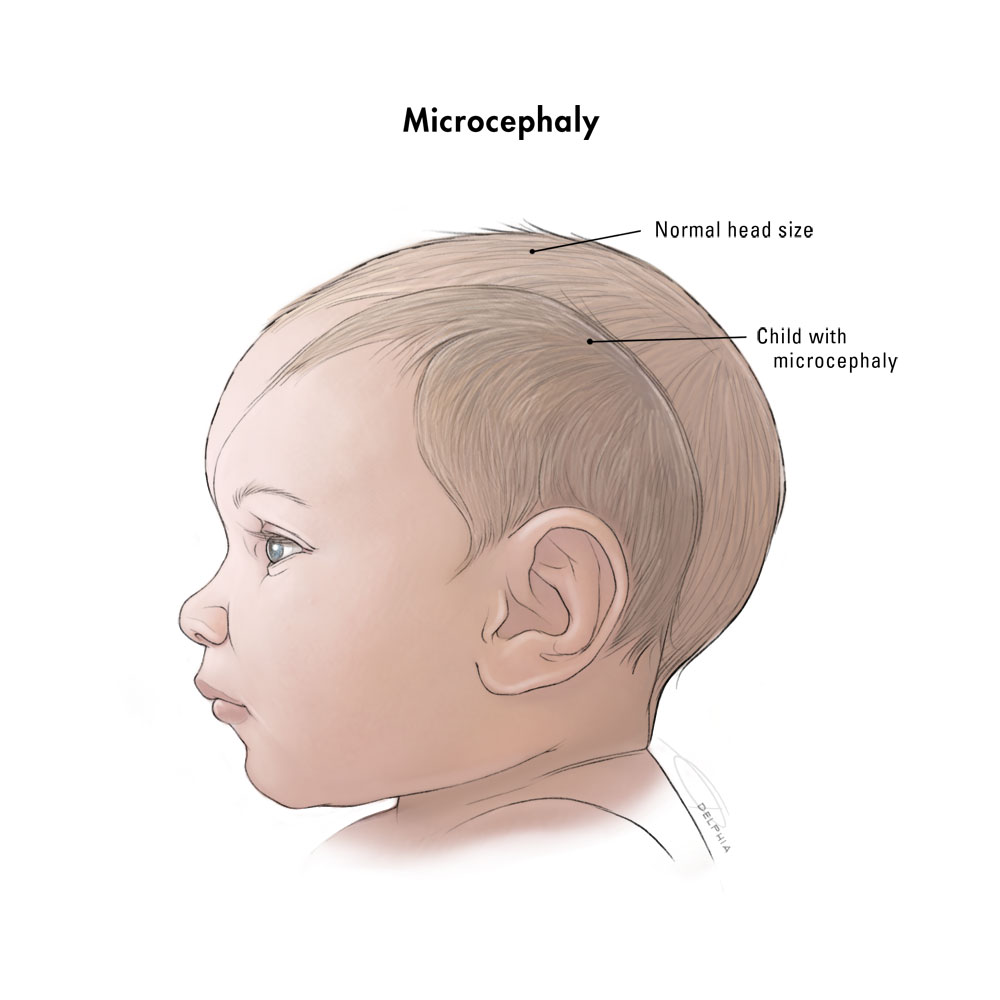 Fig. 1. Diagram to show size of a baby’s head with microcephaly compared to a normal baby’s head. From https://prezi.com/iwv4kvehmhbv/microcephaly-then-and-now/.

Origin and spread of the Zika virus

Zika virus has been known since the 1940s, and originally occurred in the equatorial regions of Africa. It is named after the Zika Forest near the Ugandan capital of Entebbe. Analysis of the various sequenced genomes has shown an origin in central Africa (a strain from Uganda isolated in 1947 being the oldest), spreading elsewhere in Africa (Senegal (1984), Nigeria (1968) and the Central African Republic (1976)) and then spread westwards to Malaysia (1966), Cambodia (2010), Micronesia (2007), French Polynesia (2013) and then Suriname and Brazil (2015) [http://virological.org/t/initial-Zika-phylogeography/202]. The virus is transmitted by mosquitoes such as Aedes aegypti (Fig. 2) and A. albopictus. These mosquitoes are active during the day, mainly at dawn and dusk and when the weather is cloudy, and transmit the virus from patient to patient when the females take a blood meal. A. aegypti is known as the yellow fever mosquito, and is particularly distinctive with white rings around the leg joints and white markings on the body. This mosquito originated in Africa but has since spread throughout the tropics [3]. There is also evidence that Zika virus can be transmitted sexually via the semen of an infected man [4]. 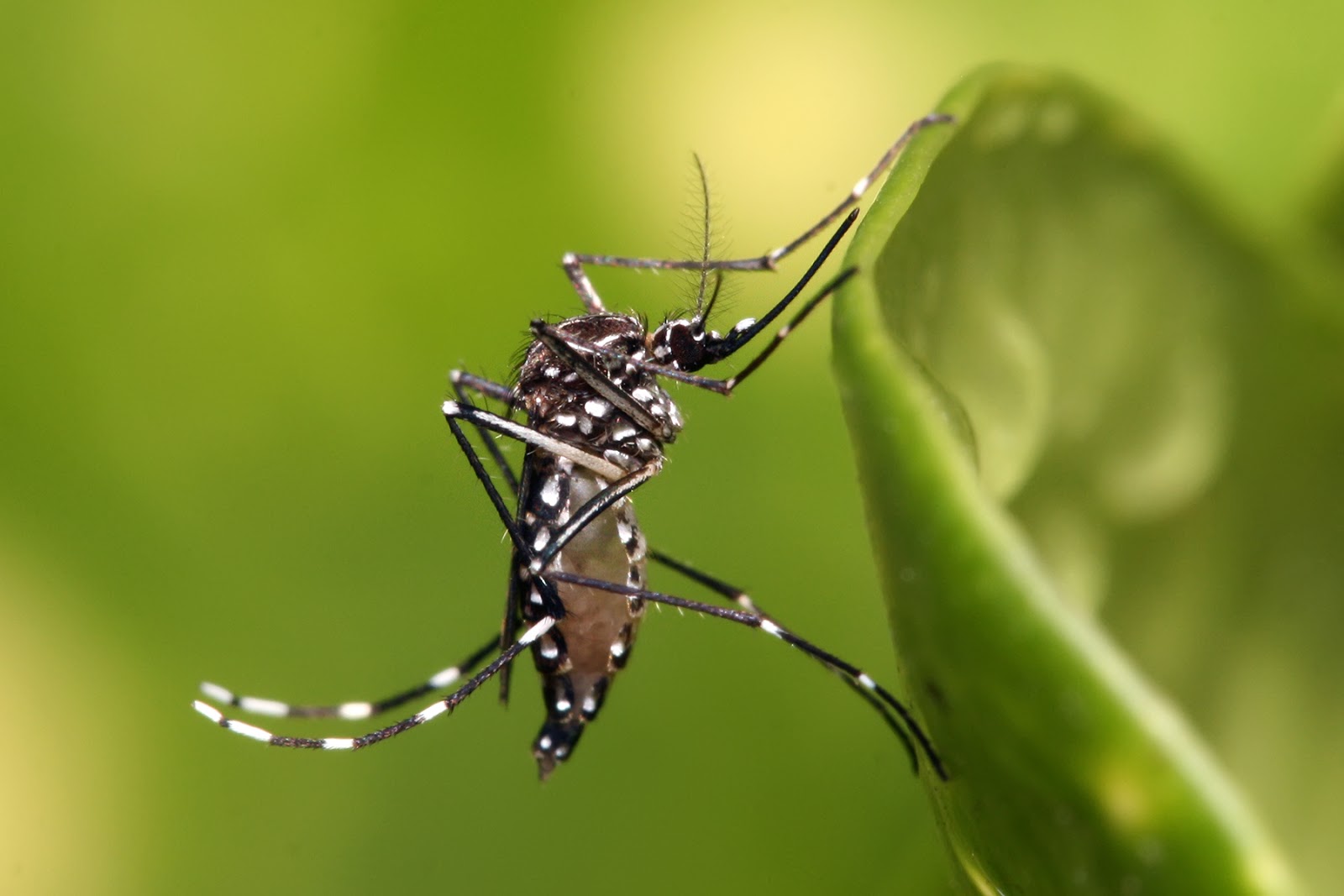 Zika fever, which has mild influenza-like symptoms, had been thought to be a trivial disease. Now there are a several questions that require answers. If there a causal link between microcephaly and viral infection or are the symptoms coincidental? If the disease causes the symptoms, is this an effect of viral enzymes, or a consequence of the body’s own immunological system attacking more than just the virus?

Microcephaly is not a new condition, and can result from chromosomal abnormalities as well as environmental conditions that can affect brain growth. Mutations in the genes MCPH1, which encodes the protein microcephalin, and ASPM, which encodes abnormal spindle-like microcephaly-associated protein, can cause primary microcephaly when the gene is homozygous [5- 7]. Microcephaly is associated with other viral diseases, such as chickenpox [8], but incidences are rare because women rarely get the disease when pregnant because of the innate immunity they acquired during childhood infection. It is possible, of course, that the same may be true of Zika virus, which would explain why microcephaly is not prevalent in Africa, because women acquire immunity as girls, and would also explain the dramatic increase in the condition in Brazil, where the disease arrived recently and pregnant women have no immunity. The rates of Zika infection and microcephaly in Brazil really are alarming. It has been estimated that 1.5 million cases of Zika fever occurred in Brazil between April 2015 and January 2016, and 3718 cases of microcephaly (38 of which led to death) [9], which is one case per 403 infections, and one case per 793 births (the population of Brazil is 204 million and the annual birth rate is 14.46 per 1000 [https://www.cia.gov/library/publications/the-world-factbook/geos/br.html]). This is considerably higher than the known incidence of microcephaly in the UK (where the Zika virus is absent): approximately 1 in 10,000 births in the UK [http://www.rightdiagnosis.com/m/microcephaly/basics.htm].

The Zika virus is a flavivirus, a group that includes the viruses that cause yellow fever, dengue fever, Japanese encephalitis and West Nile fever. These viruses contain single-stranded RNA as their genetic material, and the RNA encodes a single polyprotein. This polyprotein consists of several enzymes and structural proteins, and processing by an endogenous serine endopeptidase is required to separate the individual proteins. By submitting the Zika virus polyprotein to InterProScan, it is possible to identify all the components. These are shown below. There is no component with an unknown function or one expected to affect brain development directly.

How polyprotein processing progresses in the Zika vuris polyprotein is unknown, but some of the cleavage sites have been mapped in both the yellow fever virus and West Nile virus [10, 11]. All known cleavages are performed by the endogenous serine endopeptidase, but one cleavage can be performed by unrelated host serine endopeptidases normally responsible for processing host protein precursors [12]. The specificity for both the viral and host endopeptidases is similar: cleavage follows a pair of basic residues (lysine or arginine)and precedes glycine, serine or threonine. A pairwise alignment of the West Nile and Zika virus polyprotein sequences, shows that the known cleavage sites are conserved (Fig. 4).

Sites of cleavage are indicated by an arrow. Residues highlighted in pink are conserved between West Nile virus (W Nile) and Zika virus. Residue numbers are shown above and below each sequence.

#Is microcephalin a substrate for the Zika virus endopeptidase? Could it be that the viral endopeptidase is processing host proteins at similar sites? There are at least 24 human proteins known to be cleaved by viral endopeptidases. Cleaving eukaryotic translation initiation factors and polyadenylate-binding protein 1 switches off the host cell’s own protein synthesis mechanism, ensuring that only viral proteins are made, and the endopeptidases from retroviruses, enteroviruses and foot-and-mouth disease virus all cleave these proteins [13-17]. Nuclear pore glycoprotein p62 is also cleaved by the rhinovirus endopeptidase picornain 2A peptidase, and this disrupts trafficking from the nucleus to the cytoplasm [18]. Both microcephalin (http://www.uniprot.org/uniprot/Q8NEM0) and ASPM (http://www.uniprot.org/uniprot/Q8IZT6) have regions that conform to the specificity of the Zika virus endopeptidase (Fig. 5) so either could be a potential substrate and be inactivated by cleavage. If cleavage of these proteins has the same effect as mutations in the genes, then cleavage could lead to microcephaly.

The incidences of microcephaly in babies born to mothers infected by the Zika virus in Brazil are not only alarmingly high, but much higher than the background mutation rate that causes microcephaly in the UK; there seems to be little doubt that the condition and Zika fever are related. Whether this relationship is because the disease is new to Brazil, mothers have no immunity and microcephaly results from the body’s own immune response, as has been observed previously in chickenpox, or because of the presence of a viral toxin, is not known. If the latter, then it is possible that the proteins derived from genes in which mutations are known to cause microcephaly are susceptible to digestion by the Zika virus polyprotein processing enzyme, which is predicted to have a specificity similar to that of host prohormone convertases: inactivating the proteins may have the same results as mutations in the genes. Further research is required to understand the mechanisms causing microcephaly, which might include characterization of the viral endopeptidase. If the symptoms are due to the response of the immune system, then microcephaly might be a transitory phenomenon, and once the population builds up immunity, such incidences could become very rare in the future.