The latest release of InterPro comes with a number of improvements to the website. The list of changes is detailed below. If you have any feedback or suggestions, please contact us.

Until now we were using NGL for the visualisation of PDB 3D structures, in this release we have replaced it by Mol*.

Side by side view in full screen mode

The 3D structure can be visualised side by side with the protein sequence viewer in full screen mode. There was a problem in this visualisation which has now been fixed.

A new colouring scheme for structural models has been implemented. The 3D structure is coloured by per-residue plDDT score with a rainbow gradient going from blue (high quality) to red (low quality).

A Heatmap visualisation has been added, it displays the residue contacts using the distance metric as shown in the figure below.

A new ‘Residues’ section has been added to the Protein sequence viewer (see Figure 3). It groups all the residue information, including CDD, SFLD and PIRSR residues which were previously shown under the ‘Domain’ and ‘Other features’ sections respectively. 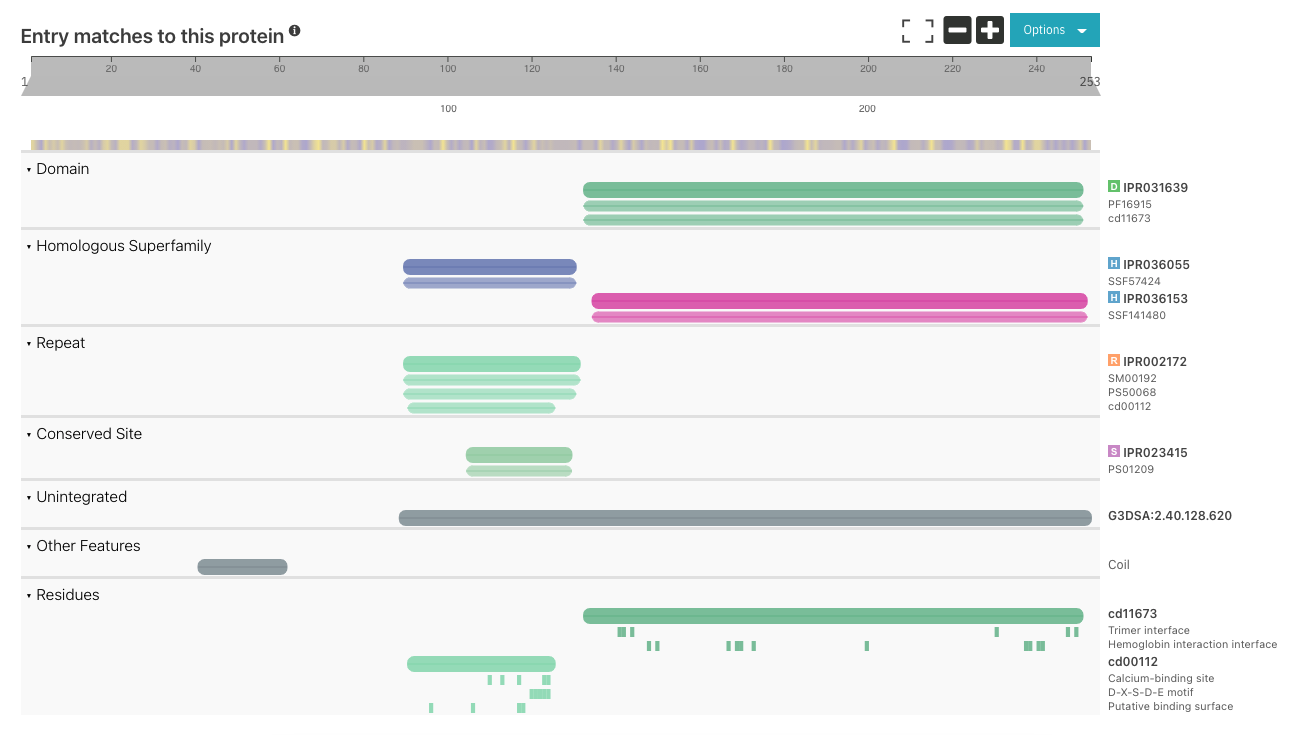 A filter by ‘Reviewed’ proteins has been added to the Similar proteins tab (see Figure 4). Allowing the user to filter the proteins when there is a long list of proteins.

The Proteins tab is available in all the entry pages, except the Protein page. It displays the list of proteins matching the entry being looked at. A filter to display ‘Reviewed’ and ‘Unreviewed’ proteins can be applied. Previously, the ‘Reviewed’ option was only displayed when reviewed proteins were matching the entry, It is now displayed all the time, even if an entry does not match any reviewed protein.